Told about the fantastic beaches of Lombok we headed to Kuta in search of peace and relaxation. The plan was now etched with a few days in the sun and then one final ‘honeyear’ challenge, to trek the Gunung Rinjani. We would then spend our final days on the beaches of the Gili Islands.

Rinjani is a highly impressive volcano lording over the northern half of Lombok, 3,726m up. The trek is said to be incredibly tough and this gave us a reason why we could miss Bromo in Java but get to the beaches sooner. A great compromise.

We headed to the ‘white sands’ but a las they were horrible. The beaches were full of cigarette butts, litter and huge groups of locals. All of whom persisted to approach us to try to ‘practice English’. Normally this is fine but within 5 minutes you have 2/3 people either side of you talking at once. It became exhausting and we weren’t entirely sure on their motives.

We moved off the beach and found a hotel with a pool to relax around. Later in the day we pool hopped to another place, with a bar. Bonus!

Not the white pristine sandy beaches we were expecting

We stayed here instead for the morning

When it was late enough, we came here to have a dip and a beer!!!

Over dinner we started to review and research Rinjani to scope out the best tour agencies. We had been told by a few travel friends that this trek was the daddy of volcano Treks, if we wanted to do just one this would tick the boxes. The two girls we toured with in Bandung had actually completed it and they also advised that this experience topped Mt Bromo for them. We had been told a small amount of negative information but naively swatted it away. Research provided some disturbing information. The reviews, and ALL of them, warn about the substantial volume of litter throughout the trek, an abundance of human faeces on the paths, rats crawling over you at camp and guides being underpaid and unsafe.

As I said, initially we took the stories with a pinch of salt as we were told some of this but never imagined it to be true. All of our travel friends had said this was THE volcano to do. On closer inspection we realised that none of our travel friends had actually completed this trek they were all going on word of mouth. We had the old, ‘it cant be that bad!’ attitude in regards to the litter. We were suddenly quite troubled with the reviews we read and so Natalie was on a mission researching more deeply, finding as many recent travel blogs as she could muster. We discussed it and clearly we had a huge conflict. The views from the top are absolutely awe-inspiring. Just look at the picture below (from google). A tough trek for one final accomplishment before home. However Gurung Rinjani is a National Park. Therefore tourists pay a hefty entrance fee to trek here, but it appears that none of the entrance fee goes towards the clean up and maintenance.

The majestic Mount Rinjani. Images like this make it hard to pass up but inner peace with our decision is a moral win in our book

In the end we decided that by doing the trek and paying the significant fee only supported a poor cause and our own selfish desires were not enough. It is a national park and people and nature should be treated with more respect. Until those entrance fees go towards the clean up of this natural beauty we will not contribute to the destruction of it. Our decision was ratified later when a tour guide tried to sell the trek to us. We explained our points and he just accepted it knowing he had no leverage. I mean an Asian person with no answer is a complete anomaly. A sad miss but the right choice for right now. Apparently a few of the tour agencies are battling the national park to arrange clean up, there are talks of it beginning soon, but who knows the truth.

Kuta, another bust, was a one night visit and we hurried onwards to the Gili Islands. This is where we wanted to come from the moment we left the orangutans.

I just want to caveat something. I am sure Kuta is a lovely place as there were many backpackers there. The locals were very friendly and welcoming. However, it appears that Kuta is a base to eat, drink and sleep with all the ‘scenic’ beaches motorbike rides away or journeys outside of town. We are our own biggest downfall right now. A few months ago we would relish in hiring a bike to explore for a few days. Unfortunately, we have thrown in the towel and want to be lazy in our final weeks and want luxury on our doorstep. We acknowledge Kuta wasn’t given a full chance to show its charm.

Onto the Gili Islands next where we finally smile, we finally found a beautiful beach, finally relax and have fun. 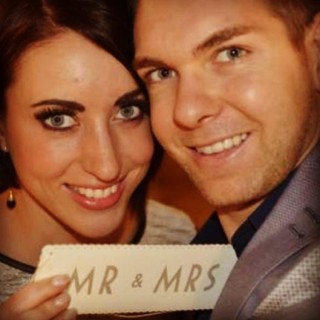 This is our first blog.. James and Natalie Drury have quit their jobs, left their life in the Cayman Islands and are embarking on a trip of a lifetime. We are becoming Nomads. We hope to share our journey with everyone and hope you enjoy what we have to say :-)